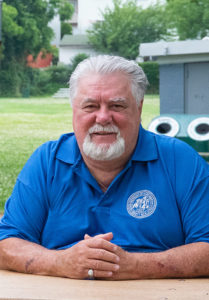 Gerry Laudati has been a resident of Kenilworth since 1970. He studied at Rutgers University and then later graduated from the Cittone Institute as a Software Engineer. He became a faculty member and then an ITT Manager. Gerry has been an active member of his community since 1972. He was a little league coach and served on the Kenilworth Board of Education for 18 years, of which he was president for three terms. Gerry also served on the Legislative Committee, the Federal Relations Network, the Union Country School Board, and the Union Country Special Education Committee.