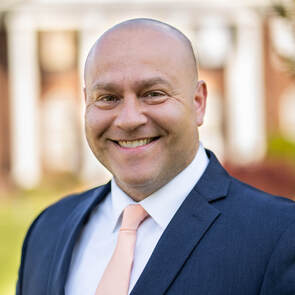 Chris Weber is a 14 year resident of Springfield with his wife Vanggie and their three children Joshua, Christopher and Ashley.  After graduating with his A.S. in Criminal Justice, Chris went to work for the Newark Police Department. He was a police officer and detective and assigned to some of the most esteemed squads in the country, NITRO, The A.T.T.F., and the South District Narcotics Unit. He spent 6 years as the Detective Supervisor for the School Safety Task Force where he was responsible for the safety of approximately 25,000 children a day to and from school. Chris was an  elected official to the Newark Fraternal Order of Police Union and served as a Trustee and board member. After an accomplished career in law enforcement he transitioned to the world of real estate. He works at Keller Williams Mid-Town Direct here in Springfield. He is part of a Realtor team that he has formed with his wife Vanggie.Chris’ three children are, or have been, actively involved in different sports and activities throughout Springfield. Chris is a Rutgers certified coach for the town and has coached both travel and rec girls softball.

Chris currently serves as Township Chair of the Public Safety Committee and Co-Chair of the Department of Public Affairs. He is also the Township Committee Liaison to the Springfield Business Improvement District.