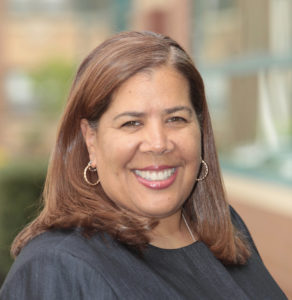 Linda Carter, affectionately known as “New Jersey’s Wonder Woman” has spent her entire career fighting for the underprivileged and middle-class communities. She has served locally for nearly two decades, as a member of the Plainfield City Council and as a member of the Union County Board of Chosen Freeholders – earning a reputation as a bold progressive, and pragmatic trailblazer willing to take on a wide array of challenges that affect her communities.

On May 24, 2018, LindaCarter, a lifelong resident of the City of Plainfield, was appointed to serve as a member of the New Jersey General Assembly representing the 22ndLegislative District, comprised of Union, Middlesex & Somerset Counties to fill the vacancy caused by the late Assemblyman Gerald B. Green. Shortly thereafter, Assemblywoman Linda Carter was elected at a special election held on November 6, 2018, to fill the unexpired term.  She currently serves on the Science, Innovation, and Technology Committee, the Telecommunications and Utilities Committee, the Law & Public Safety Committee and was recently selected to serve on the New Jersey Legislative Black Caucus 2020 Census Reapportion Policy Committee.

She has served as the Vice Chair of the Union County Democratic Committee since 2019.