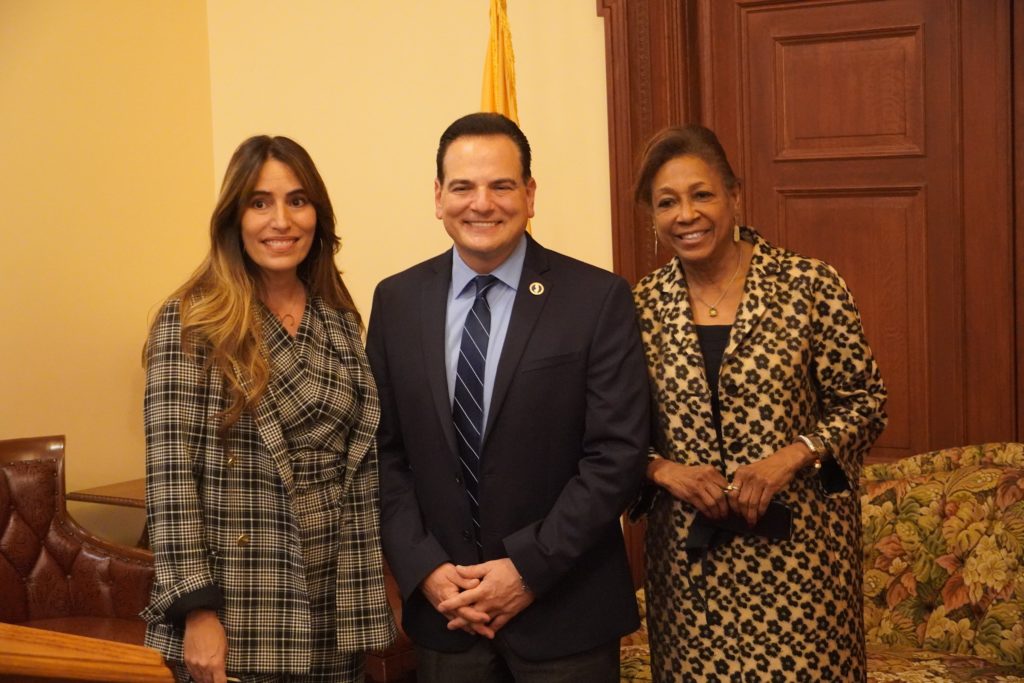 As expected, Senate Democrats today selected Nicholas Scutari, the longtime chairman of the Senate Judiciary Committee, as the next Senate President.

Scutari, who must still go through the formality of a Senate reorganization vote on January 11, will become the first new Senate President in twelve years.  He’ll replace Steve Sweeney, the longest-serving legislative leader in New Jersey history, who will depart after 20 years in the Senate following his loss to Republican Edward Durr on November 2.

Nia Gill (D-Montclair) had announced last weekend that she would challenge Scutari for the post but backed off competing in today’s Democratic caucus election and will now look to compete for the senate president post in January.

Gill abstained on today’s vote and was the only senator not to support Scutari.  Ronald Rice (D-Newark), a Gill supporter,  did not attend today’s caucus meeting and it was not clear whether Gill could get another Democratic senator to second his nomination.

“I am honored to win the support of my colleagues in the Senate Democratic Majority to serve as Senate President,” Scutari said.  “I look forward to working with the diverse and talented group of senators in the Democratic caucus and with other top state leaders to implement policies needed to address the needs of all the people of New Jersey. Every voice will be heard as we work to serve the priorities of each community and every resident.”

Democrats also designated Teresa Ruiz (D-Newark) as the new Senate Majority Leader.  She will replace Loretta Weinberg, who did not seek re-election this year.  Ruiz will become the first Latina to serve as majority leader and the first senator from Newark since the 1870s.

“I want to thank my colleagues for electing me to serve as the Senate Majority Leader for the upcoming legislative session. I am honored to be the first Latina to hold this position,” Ruiz stated. “Together with Senator Scutari, Senator Cunningham and the entire Democratic Caucus we can work to create policy and improve government that works for everyone who calls New Jersey home.”

“The challenges faced by people throughout New Jersey offer opportunities for the Senate to be responsive to their needs,”  Cunningham stated. “We will continue to address criminal justice reform and work to make real and lasting progress for every community in the state. We fully understand that our diversity is our strength.”Democratic State Chairman LeRoy Jones praised Ruiz’s election.

“A strong, determined, and progressive leader, Senator Ruiz has always advocated for New Jersey’s working families, for Black and brown communities, and for our most vulnerable populations,” said Jones.  “I am confident that with her leadership, as well as the leadership of Senate President Scutari and the rest of his diverse and experienced team, Governor Murphy, and Assembly Speaker Coughlin, New Jersey will continue to lead the way on pursuing a bold policy agenda that delivers the kind of meaningful progress for working and middle class families that we must strive for.”

Essex County Executive Joseph DiVincenzo praised the Senate for their selection of Ruiz.

“I am proud that she continues to break barriers in state government,” Essex County and Newark are represented well in Trenton because of her strong leadership and advocacy!”

Senate Republicans elected Steve Oroho (R-Franklin) to serve as minority leader last week.  Oroho was unopposed for the post being vacated by Tom Kean, Jr., (R-Westfield), the Senate GOP leader for the last fourteen years.  Kean did not run for the legislature again and will challenge Rep. Tom Malinowski (D-Ringoes) in the 2022 mid-term elections.

Scutari, who turns 53 next week, has served in the Senate since 2003, when he became a late replacement candidate following the withdrawal of incumbent Joseph Suliga (D-Linden) from the race.  He began his political career as a Linden school board candidate when he was in his 20s and later served as a Union County freeholder.

Gill has a nearly impossible path to win the Senate presidency in January, a quest that would require five Democrats and sixteen Republicans to forge a power-sharing coalition.  Republicans are uninterested in any type of alliance with Gill.