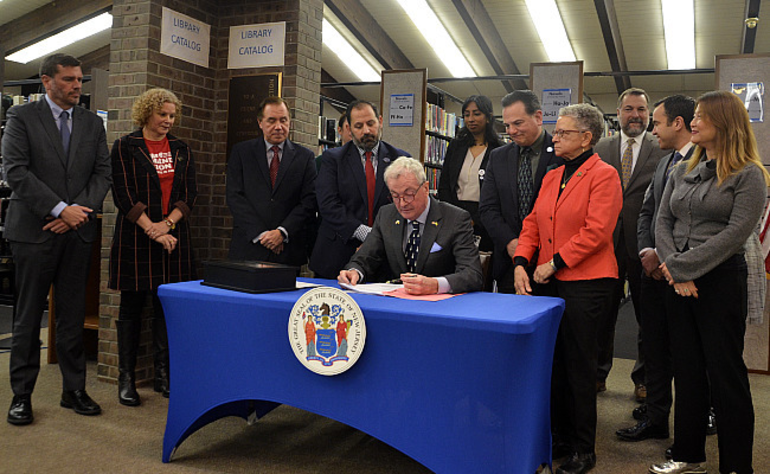 SCOTCH PLAINS, NJ — Before a large contingent from the group Moms Demand Action and other “common-sense” gun law advocates, NJ Governor Phil Murphy signed a bill strengthening the concealed carry gun laws in the state at the Scotch Plains Library on Thursday, Dec. 22.

Mayor Losardo introduced the governor and other officials before Murphy detailed the history of the legislation that he was about to sign.